What Does the Bible Say About Slavery?

My pastor taught us some key points about slavery in the Bible, and I would like to share them with you.

Click on this link for my church's website to hear great sermons by my pastor. These are from an outline given to me at church, and the notes I took. My pastor is aware I am sharing this info, and is happy to pass it forward.

First of all, we tend to compare slavery in the Bible to the 1600-1800's of American history. This is not the slavery of the Civil War era. This was slavery in ancient times, and there are some differences. And before I start, freedom should be for all. I will talk more about that in my conclusion, but first want to define slavery in the Bible.

I also want to note that slavery still exists today, even in America. Unfortunately, the sex slave industry is very prominent, esp. in places like Baltimore, MD. It is wrong, and more needs to be done to stop it.

Slavery is defined by culture. What is spoken of about slavery in the Bible has to do with Jewish culture in ancient times, so it's important to understand the cultural context. What is recorded in the Old Testament are the laws surrounding Jewish slavery, and it should not be mistaken as a command to all people for all time.

1. Kidnapping/enslaving others was punishable by death. Exodus 21:16. The Jews were not allowed to kidnap people in order to be slaves, such as is done in the U.S. and other countries today with sex slaves. Also, even during the Civil War era, slaves were kidnapped by their own people in Africa and South America, and brought to the coasts of America and sold. Under God's law for the Jewish culture, that was an act punishable by death. You could not buy someone who was kidnapped.

2. Criminals were sold into slavery as punishment for their crimes and to make restitution to the innocent party. Exodus 22:2-3. For instance, if someone robbed another, they had the option to pay it back, and if they couldn't, they could become a slave. It's much like prison today. People work in prison, are surrounded by walls, have strict laws, lack of freedom, etc. They didn't have prisons back then, so slavery was used to pay back their debts. If they murdered someone, they were killed. If they were thieves, they became slaves.

3. Those who dwelt in Israel could also become slaves by selling themselves into temporary service due to debt. Leviticus 25:39-40. This was how they paid back their debt; by working off what they owed.

4. Jews could purchase slaves from other nations. These may have been captured in battle, enslaved for a crime, or sold themselves due to debt. Gentile slaves weren't freed after 7 years, but Hebrew slaves were, during the year of Jubilee. Just as God showed mercy, God commanded His people to show mercy as well. Leviticus 25:45-46, Deuteronomy 20:14. The Jewish culture was the only culture that freed their slaves after seven years; no other culture did that. There were no government programs. Sometimes people were faced with the choice of starving to death or indebting themselves by becoming a slave. They had fewer freedoms, but they at least didn't die. Slaves were either slaves because of 1) crimes they committed; 2) debt; or 3) they were war criminals, or in other words, they lost the war and would either be killed or enslaved. The Israelites had the choice to kill them or enslave them, knowing that if they just let them go, their mission would be to kill or enslave the Israelites. It was kill or be killed. It's hard for us to understand this, but it was a different culture back then. Their options were limited, and their choice could lead to their own demise.

5. Servants/slaves could be purchased by the servant's/slave's family members. Leviticus 25:49. The owner was required to let them go, even with thieves. As long as someone came and paid their debt, they had to let them go. This applied to Hebrew slaves only. Just like citizenship has its rights and benefits, so did the Jewish citizenship.

6. Servants/slaves could redeem themselves. Leviticus 25:49. More freedom in Jewish culture than in others. They could work and earn money (keep some for themselves) so they could eventually buy their own freedom.

9. Every 7th year, all Hebrew servants/slaves must be set free. Deuteronomy 15:12. All Hebrew slaves go free the 7th year.

10. Jews were required to give expensive gifts to freed servants/slaves when freed. Deut. 15:13-14. They would set them up with a business and compensate them. It was their welfare program, so to speak. You had to work hard for it, and after a few years (7 max) you were given some resources to start your own business.

11. Some servants chose to stay with their masters because they would not find a better life on their own. Deut. 15:16-17. This was pretty common. Eliezer was happy to be bonded to Abraham. They would be given an earring, which identified them with their master. This was a decision they made for the rest of their lives.

13. If a servant/slave was permanently harmed/injured, then they would be set free. Exodus 21:26-27. Gentile or Jew slave alike; they were not to be treated as livestock or animals. If they lost a tooth, finger, eye, toe, got their arm broken, etc., they were automatically set free. If an animal killed anyone, whether slave or free person, that animal was killed. The slave was put on the same level as any other human.

14. If a servant/slave was killed by a Jew, that Jew would face a charge of murder. Exodus 21:12, 20-21 (use of "rod" also found in Proverbs 23:13-14; was a wooden switch used to discipline a child or a slave, regardless of age. They particularly had to use this on the criminal slaves. You get what you paid for. If you had a criminal slave, it is not likely they are going to listen well). In the Civil War era, slaves were treated like livestock, and they could harm them and kill them all they wanted, and there were no repercussions. Under God's law, you would be punished for doing that.

CONCLUSION: here is the key and most important truth: "One must remember that the Old Testament law was a set of standards given to a hard-hearted people. It is true that God did not outlaw slavery, but He did set up laws which protected the health and humanity of those who found themselves in servitude to another. (compare divorce in the Old Testament and Jesus' New Testament teaching - Deut. 24:1 and Mark 10:1-9). God's heart is that all men are created equal - Galatians 3:28: 'There is neither Jew nor Greek, there is neither bond nor free, there is neither male nor female: for ye are all one in Christ Jesus.' Slavery will not be allowed in heaven under God's eternal, perfect reign." God allowed divorce because of the hardness of their hearts, but was not the intended purpose in paradise. So rules were given to protect the woman. With slavery, God protected their humanity. It was a rough culture, but not intended for us today. The New Testament teaching is we are one in Christ Jesus. 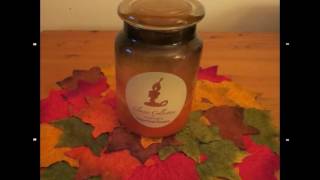